cular topic in public or legislative assemblies.   Debaters should handle themselves with dignity and show respect for their opponents at all times.

I am disappointed to report dignity and respect have been absent in the most recent highly viewed presidential debates.  The behavior of some of the candidates has been appalling and embarrassing. Our leaders, and potential leaders, at all levels of government should always display the highest level of conduct when speaking in public.  The world is watching.  America is watching.  Young people, who are tomorrow’s leaders, are watching.

We cannot continue to accept low standards for the presidential candidate debates.  This is not regularly televised entertainment.  This is the future of  THE United States of America.

Here are a few basic etiquette tips to follow in any debate setting: (If we’re lucky, a presidential candidate will stumble upon them and implement them in their next debate opportunity so we are not subjected to poor behavior again.)

There are complete books written on the art of debate.  The above tips only brush the surface of the topic.  Always use the Golden Rule.  Treat the other person in the same manner you wish to be treated.  Act dignified and show respect.

Sure, everyone knows blunt, impolite, and even rude people who are somehow extremely successful. I know a bunch of them.

But since we’re all more likely to build professional and personal relationships and do business with people we like, we’re naturally drawn to individuals who are polite, modest, agreeable, and kind.

In short, we’re drawn to people who are charming.

I know a bunch of them, too, and here’s how they do it:

1. They willingly show a little vulnerability

Charming people don’t try to win any unstated competitions with people they meet. In fact, they actively try to lose. They’re complimentary. They’re impressed. They’re even willing to admit a weakness or a failure.

It’s really easy. Say you meet a would-be Donald Trump and he says, “I just closed a fabulous deal to build the world’s best golf course on the most amazing oceanfront property on the planet.”

Don’t try to win. Instead say, “That’s awesome. I’m jealous. I’ve wanted to build a small recreation facility for years, but can’t line up the financing. How did you pull off such a huge deal?”

Charming people are confident enough to be unafraid to show a little vulnerability. They know that while some people may be, at least temporarily, impressed by the superficial, everyone sincerely likes and appreciates the genuine.

2. They show they’re genuinely glad to meet you

They maintain eye contact. They smile when you smile. They frown when you frown. They nod your head when you nod. In simple, nonverbal ways, they mimic your behavior — not slavishly, but because they’re focused on what you’re saying.

That feedback loop helps two people bond — and the ability to bond is the essence of charm. If you want more ways to be likeable, check this out.

3. They search for agreement instead of contradiction

And it’s easy to end up in what feels like an argument.

Charming people don’t actively — or unknowingly — look to disagree. They look for points of agreement. Then, if it’s appropriate, they gently share a different point of view — and in that way, help create an outstanding conversation.

4. They (selectively) use the power of touch

Nonsexual touch can be incredibly powerful. (I’m aware that sexual touch can be powerful, too, thanks.) Touch can influence behavior, increase the chances of compliance, make the person doing the touching seem more attractive and friendly, and even help you make a sale.

For example, in one experiment the participants tried to convey 12 different emotions by touching another blindfolded participant on the forearm. The rate of accuracy for perceiving emotions like fear, anger, gratitude, sympathy, love, and disgust ranged from 43% to 83% — without a word being spoken.

Say you’re congratulating someone, shaking hands or — possibly better, depending on the situation — patting them gently on the shoulder or upper arm can help reinforce the sincerity of your words.

5. They often dine out on their foibles

And they’re also not afraid to look a little silly. Skating in a cowboy outfit may be a little extreme, but charming people don’t mind occasionally being in a situation where they aren’t at their best.

And oddly enough, people tend to respect them more for that — not less.

When you genuinely own your foibles, people don’t laugh at you. They laugh with you. And they realize it’s OK to let down their own guards and meet you at a genuine level.

Some people have a knack for getting you to talk openly about yourself. They ask open-ended questions. They sincerely want to know what you think, and that makes you open up to a surprising degree. You feel like the most interesting man or woman in the world.

And you like them for making you feel that way.

As soon as you learn something about someone, ask why they do it, or how, or what they like about it, or what they’ve learned from it. Charming people ask sincere questions that make it easy to answer in a thoughtful, introspective way. They make you think, in a good way, about yourself, and in the process make you feel charming, too.

7. They always pass the “server test”

You know how you go out to eat with someone and they’re nice to you yet dismissive of the server? That’s the server test.

Charming people treat everyone the same way: as deserving of respect and kindness.

Charming people remember names and even small details, often to a surprising degree. The fact that they remember instantly makes us feel a little better about ourselves — that means we, even in a small way, matter.

And that makes us feel better about the person who remembers us.

Yet even though charming people remember names …

I have a friend who can somehow squeeze the fact that he once met Jeff Gordon into almost any conversation.

“I’m planning to stain my deck this weekend,” I’ll say.

“Hey, I was sitting on my deck listening to the race last weekend. Jeff Gordon was leading for a while but then he had engine trouble. If I know Jeff Gordon — and you know what, I kinda do — I bet he was pissed.”

Granted I’ve done that too, but hopefully for a good cause.

Charming people may know cool people, but they don’t talk about it. And that only adds to their charm.

10. They always let you talk more

And that makes you feel important.

Posted in Etiquette Tips | Tagged charm, etiquette, habits of charming people, how to be charming, manners | Leave a comment

The bride may select her attendants’ attire, accessories, and headpieces, but it is inappropriate for her 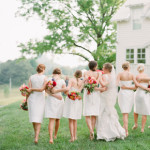 to tell her attendants how to style their hair.

Be Courteous of the Time When Sending a Text

Hopefully, you would not call someone in the middle of the night to share something that just happened to “pop” into your head.  This same courtesy should also be applied when sending a text.

It’s wonderful you could stay out late last night because you didn’t have to get up early to go to work this morning.  However, I did have to get up early.  Being awakened by your text in the middle of the night to ask, “watcha doin?”, did not sit well with me.  At 3:00am, I was enjoying precious sleep.

The next time you send a text, consider the time.  If your recipient could be sleeping, hold on to that information until the next day.

You may have heard the saying, “If you don’t have something nice to say, don’t say anything at all”.  If you saw the movie “Bambi” as a child,  this was most likely one of the first rules of etiquette introduced to you when Thumper’s mother scolds him for his negative comment.

We are an opinionated society.  We are taught to evaluate just about everything and everyone we come in contact with.  However, we must restrain ourselves from making comments which may hurt another person’s feelings.

Social media offers a false curtain to hide behind.  It is so easy to share our opinions, both positive and negative, because we do not have face to face contact.  Filters are easily turned off.

We must take great caution not to turn our filters off when communicating on social media sites.  Our comments are being broadcasted to the masses.  The pain felt from a negative or hurtful comments is exponentially magnified.

s remember to follow the rule, “If you don’t have something nice to say, don’t say anything at all”, to avoid hurting the feelings of others. 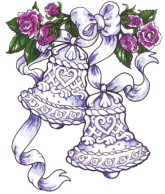 Can You Answer This?

While teaching a class about proper introductions at an elementary school, one of the students asked me the following question:

“What if I have to  introduce the Pope and the President some day?  Whose name is spoken first?”

I’m thrilled to see this student is setting very high goals at such a  young age.

Do you know the answer to this question in  the event you’re in this situation?

No Gifts If You Elope – Wedding Etiquette

If you decide to elope rather than have a large wedding, do not expect friends and family to send wedding gifts.  You excluded them from the celebration so they are not obligated to send a wedding gift.

If you have a reception after you elope, gifts may be sent, but they should not be expected.

Q: My fiance and I are considering to elope.   How should we announce our big news to family and friends?

A: If you prefer to elope or have an intimate wedding, send announcements or invitations to a reception after the wedding has taken place.

Go Ahead and Enjoy Your S’more

ds bring back childhood memories.  For that reason alone, they are just fun to eat.  The chocolate s’more is one of those foods.  The name conjures thoughts of a sticky, gooey, chocolate goodness.  When asked about the etiquette of eating a s’more, my first response is, “enjoy it and have fun”.

S’mores are traditionally a campfire dessert.  Everyone is outside and casually dressed.  It’s dark.  No one can see the spot of marshmallow on your chin.  There is no fear of chocolate dripping on a tablecloth or dropping a marshmallow on your lap.  If something drips or drops, we laugh and reach for another marshmallow to place on our stick.  When we’re done having our fun, a mother or host usually produces wet naps or damp towels for cleanup.

Recently, I’ve noticed s’mores are being introduced at less casual social events than the campfire.  It’s not uncommon to see a s’more bar at a wedding or shower.  This is where the childhood fun ends and we must become proper adults.  Here are a few tips to help with the transition.

If you’re planning an event and would like to have the decadence of the s’more without the mess, consider placing the s’more ingredients in a dessert bowl and serve it cobbler style.  Depending on the party theme, you may want to use a martini glass or mason jar.  I’ve also seen recipes for s’more balls and s’mores on a Popsicle stick.  Both recipes dip a marshmallow in chocolate and roll it in crushed graham crackers.

Menus should always be appropriate for the occasion.  Avoid merging casual with formal.  This way we can have our s’more and enjoy eating it too!